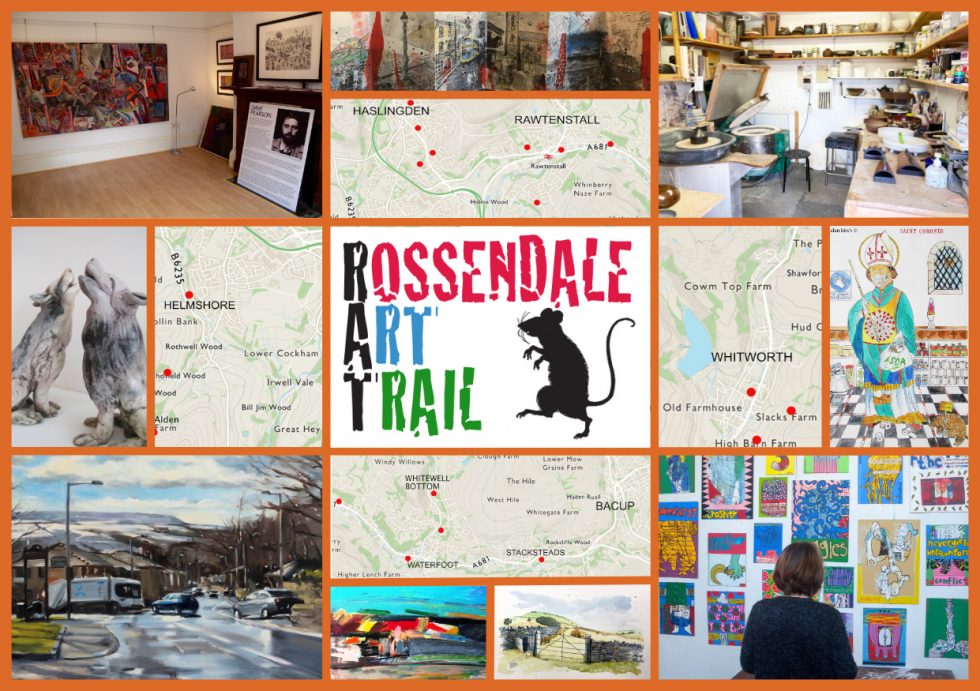 The Rossendale Valley is a popular place for artist’s studios. Its proximity to art schools in Manchester and other towns in the North-West, along with the availability of cheap studio space has made it an attractive place to have a base. Artists such as Donald Womack, Norman Stevens, Don McKinlay and Dave Pearson, all teachers at Manchester School of Art, set up studios here in the 1960s. In turn succeeding generations of students moved to the Valley, while many already had homes here.

Disused mill buildings made a perfect base to establish shared studios, and in the 1980s Globe Arts Studios was set up at the old Globe Mill on Burnley Road East. Later, nearby Valley Artists and Prospect Studios were established. Elsewhere, individual artist studios are distributed throughout the Valley, from Helmshore in the west to Whitworth in the east.

In the late 1980s Globe Arts moved to Turnpike and began to hold Christmas Open Days. This inspired the idea of holding a Valley-wide Open Studios event. Initially called Reveal Open Studios it developed into Rossendale Arts Trail. By 2019 there were a total of 20 venues taking part in the annual event, showing the work of well over 50 artists.

We missed the ART Trail in 2020 because of the Covid pandemic. However in 2021 we’re trying something different – the whole of November has been put aside for a RAT Open Studios event and artists and studio groups are taking part wherever possible. Click here to find out what’s going on this November!